A few months ago, after having more problems with one of the battery power security cameras, I decided to replace it with a powered unit. Little more effort to install, but I hoped it would be worth it..

It worked fine, almost for a month. It would appear on the Web and iPhone versions of RING App, but not on the computer version. I shrugged it off and just used it as is, until about 2 weeks ago, the camera stopped working.

After an hour of attempting to rejoin the network I called Ring, always a pleasure (sic). Finally after an hour of retrying everything I ready did, I was told it was my network, specifically my wifi. So all the other wireless Ring hardware continues to work, but not this NEW device. Tried replacing access points and wifi networks. Nope still not happy. Ended up having to install a totally new wifi network and a new device, to finally get the camera to appear on my iPhone and Web, it still doesn’t appear in the app.

For the price you pay for these things you’d expect them to last longer, why did they update the firmware to kick it off my network.. beyond me..

And they try to upsell, or newer stuff.. sorry if I can keep the older stuff working I aint buying all new AGAIN.

So don’t think I’ll be buy more ring equipment. Will keep you informed as to what replaces it. Any suggestions?

Back in 2010 I purchased a old Jazzy Select Elite wheelchair base, in hopes of using it as a base for a robot. Using that a old Vex robot parts left over from my kids high school days, and winter. Now might be a good time to start.

From what I can gather from images and PDFs online, it appears the normal chair, uses two batteries. One for each of the two powered wheels. Increasing power to one, turns the chair on opposite side, kinda like a tank. Will be fun to control with a computer. Mar Rovers use sensors to calculate the amount of turn, need to figure out how to do something in between..

So, planning now.. Will try to keep world updated.

As you might know, I’ve been working on computers for awhile. And for the most part I never dump old systems unless they stop working. Did do some housecleaning over the summer, found a few systems that had died. Caused by rust and ‘melting’ foam. Over the weekend I dug out my old Atari 800XL and hooked it up. Worked pretty good, it does have sticking keys… What I found interesting was taking the machine apart, this thing was built like a tank, solid and heavy, not like modern computers..

Basically I can take keyboard apart and clean the leads.. Another weekends project.

Finding a TV to connect the computer was more difficult. I needs a old tuner. Lucky for me the flat screen in my office is older and has a turner..

Having worked in a Atari repair center, I had a demo cartridge and test cartridge.

Had a user bring us a Windows 10 HOME computer that wasn’t able to get on the internet using Wifi or Ethernet. After toying around with it for some time here is what we notice.

We found it odd that the computer would get an IP number from server, but then not do anything else with network. We found the user had install AVG anti-virus, took some work to remove without internet, but finally won over. However even after repeating all the steps above, no Internet. Checked resources and system apps, couldn’t see anything that stood out..

We figured it was a typical virus that ransomware the system, but none of the normal flags popped up..

So we finally just reinstalled the OS, oh we did try recovery, that failed. After the reinstall of course everything worked fine. A bit more digging and we found out this ‘issue’ is called Gateway or DNS blocking. Nasty beast. Anyclues how to get around it without rebuilding the whole system?

Provide information and insights into new NAS. (TO DO)

After a few months using the drive, I can now report on its overall operation.

One, don’t let the photos on Amazon fool you, this is a MINI NAS which uses laptop drives, not the normal desktop drives. Which was surprising when it arrived. Plus the description said it came with drives, but didn’t. Amazon likes to embellish its descriptions and mix all the “like”/”similar” drives. So don’t bother reading them, get your reviews elsewhere.

After the second order with drives arrived, install and setup was easy. Left the drives formatting/partitioning overnight. It comes with internet access to manage, configure and monitor.. HOWEVER, it isn’t free, SURPRISE. Locally accessing, does work and is free.

You log into the NAS with each users account and can recover files easily. I don’t expect users to be able to do this.

A few years ago I started using Wink to automation and home monitoring, there were issues with loss of contact with sensors, and relocated to a new state. We packed up and forgot about the Wink hardware and planned on using it again some day. Well that day has come, and sadly, passed.

The hub, was tiny, and absolute, and we had 5 of them. Wink now had a new Wink Hub, much bigger, and a Wink Hub 2, now with an Ethernet connection.

Ok, first off, you need a smart device that has the newest bluetooth in order to configure and setup the Hub(s). Using an iPhone 6, didn’t work. But an iTouch ken 6 works. (Just a heads up.)

After just a couple of times, I was finally able to setup a pivot power strip, which has two switchable outlets and two un-switchable. Excitement builds.

Finally I can try the Spotter, the little environmental sensors, and to my surprise, they are no longer supported.

And finally, we were very sad to see they no longer support the Nimbus displays. That was heart breaking, we were so looking forward to using these.

We were really wanting to use these items, but without support we are at a loss. Wink as a company seems to have had gone dormant, no new product, lacking real support. It is hoped a larger company like Google, Amazon or Apple purchases Wink and revive life in their product line. 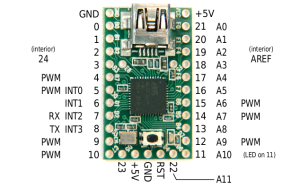 I’m not an engineer or anything but WTF!

A few years ago I purchased a IRTrans from IRTrans (http://www.irtrans.com/en/index.php). Back when I was using an Apple Cube (tells you how long ago that was). Well I got out the IRTrans module the other day to start working on a new project, that I hadn’t started on yet. Every time I put my phone on my desk, the LED would blink. Didn’t think anything about it.

Then I noticed it only blinked when one of the cameras were facing the IRTrans. Odd. Of course I had to purchase and upgrade to the software, iRed2. Once I got it started I monitored IR activity and Dang it starting getting signals, repeatable signals from the iPhone.

Received one type of signal when the screen was locked, another unlocked, then another when I opened a app.. OMG!!!

Please someone else say they see that! Can Apple make their iPhone (iOS devices) into full fledge IR controllers!..

Note, You heard it here first!

Purchased a Craftsman CompuCarve a few years back. Made a few signs and awards for staff members. Nice Machine, however it is LOUD. Wife didn’t like me using it. So put it away until last month. Learned I could use it as a object scanner, plus I had a few sign requests.

Was able to make 6 signs and the machine stopped working. Took the machine apart to clean, and found the problem. Seems there is a shaft that goes along the bottom of the machine to make sure both sides raise and lower at the same rate. Makes sense. However the shaft is held in place by two screws with washers held in place by plastic… The plastic broke on one screw making the machine unusable… Where did American workmanship go? I can not recommend this machine to anyone, and it was expensive. Wrote the company two emails asking if I could buy a replace part (the base).. No reply to either email. Another reason I can’t recommend this machine.

This has sadden me, I had great plans for this machine in building cases from Raspberry Pi’s, and desk stands for the office.

After two weeks and two emails I finally got a reply on repairing the CompuCarve. Their solution is to put a bigger/longer screw in the hole. I laughed at the lady on the phone, are you kidding. “No this is how we just fixed one on the floor in for repair”.

Needless to say I will not be following their directions and come up with my own repair.

One of my sites received a donation from another school. 2 Xserve G5s, a Xserve G4 and a 5tb RAID.. I donated a fiber switch and two replacement power supplies (Both G5’s had blown power supplies, common problem).

The question I had in regards to the RAID: Is is possible to have its two drives appear on all the other Server’s desktops?

Plugged the two cables from the RAID, one cable for each “Drive”, into the fiber switch. Then one (1) cable from each of the Xserves. Bingo, it worked. Both servers can access all the data on both RAID drives.

I can see possibilities for databases, podcasts….